How not to prepare test data in JBehave and Cucumber

Preparing test data is hard, avoiding duplication and unnecessary setup time are common issues in all test automation. But it is especially important when we automate acceptance criteria using BDD tools such as JBehave and Cucumber.

Duplicating setup logic in each scenario can lead to cluttered and hard-to-read scenarios. And having to inject the same test data for each test can slow down the test suite. In the rest of this article, we look at different strategies you can use to set up your test data. And learn why you should avoid many of the more common ones.

The case of the duplicated frequent flyer

Suppose we are testing a Frequent Flyer application. We might need to set up a customer with a frequent flyer account for many different test scenario.

We could describe how a frequent flyer registers in a scenario like this one:

Now suppose we have a scenario describing how Joe can use his gold status. How do we make sure that Joe the gold-card frequent flyer member exists before the scenario starts?

We could duplicate the steps from the previous scenario:

But this is noisy and muddled. The setup steps make it hard to see what we are trying to demonstrate. And we would need to repeat these steps for every scenario involving a gold card member.

JBehave's solution is to propose the GivenStories keyword, which lets you run an entire story before the steps of your scenario. For example, the scenario shown above might look like this:

Using a story as a precondition or as a reusable piece of logic is a big anti-pattern, and leads to unclear and poorly written scenarios. In programming terms, you might say it is a violation of the "Single Responsibility Principle" - a component should do one thing and one thing only. It is also a cumbersome tool; you can pass parameters to the stories, but the syntax is clunky and hard to read.

The problem is, Stories and Scenarios are not really suited for reuse. JBehave takes the "hammer-and-nail" approach to reuse: when all you have got to work with are story files, the only way to avoid duplication is to reuse stories. But it works very poorly; Gherkin is not a scripting language and shouldn't be used as one. And there are much better options available.

Some testers rely on the fact that the scenarios in each story are executed in their order of appearance, and have one initial scenario to set up the test data, and then subsequent scenarios that use this data. For example:

This approach is not ideal either. While it avoids duplication, it means that you can only ever execute all of the scenarios as a set. For example, you can't run "The frequent flyer books a flight using his points" in isolation, which makes debugging slower. It also means that if one scenario fails, the following scenarios are likely to fail as well, which can be misleading: just because there is an issue with the "earn points from flight" feat does not mean that the "book flight with points" feature is broken.

In Cucumber, you can use background steps like this:

The first line ("Given Joe is a gold-card frequent flyer") describes the initial state we want. We don't describe a particular solution for getting to that state; we leave that to the step definition code.

There are many ways to implement setup code. For example, using classic Serenity BDD, you could create a FrequentFlyers class to encapsulate the logic of injecting test data:

Another option would be to use the Screenplay Pattern and a builder strategy, to allow more flexibility about the test data being injected.

These programmatic approaches are much more flexible than the Gherkin-based ones we saw previously. We are not reliant on the way a particular story or scenario does things. For example, the "Register frequent flyer" scenario might demonstrate how a user registers online, and be implemented as a web test, whereas our setup component might inject data directly into the database. Or we might check whether the test data has already been injected, to avoid doing it twice.

Setting up test data, particularly if there is conditional logic involved, is better done at the coding level; the steps in JBehave and Cucumber should simply describe the state they need the system to be in. And with this approach, you will never need to use constructs like GivenStories.

Want to learn more about BDD and advanced test automation skills, at your own pace? Take a look at our new Serenity Dojo online training programme.

Not your typical online course, the Serenity Dojo programme combines training videos, tutorials, exercises, and a great online community where you can interact with other students and Serenity experts, and learn about the range of skills you need to master the art of agile test automation. 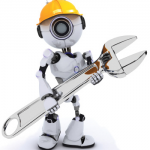 Deliver world-class test automation to your team. Write more robust, higher quality automated acceptance tests using state of the art test automation practices. And learn how to get the most out of BDD and test automation using libraries like Cucumber, Serenity BDD, Selenium WebDriver and Rest Assured.